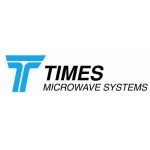 McGill Microwave Introduce the all in one Turnkey Solution for unsurpassed 4G Signal, which consists of:

This antenna provides an innovative and future proof solution for 4G/3G LTE Broadband networks. The polarisation of the antenna is 45 degrees, which is more stable than horizontal and vertical polarisations.

The dBi Gain across all bands are unsurpassed. Competing antennas struggle to achieve more than 2.5dBi gain as a maximum. Our antenna achieves the highest gain on the market at 9dBi gain as a minimum, combined with increased connectivity stability.

VSWR ≤1.5 across all frequencies.

The 4G/3G LTE Broadband Directional Antenna has optimised radiation patterns at 65 degrees for both HPBWh & HPBWv.

The 4G/3G LTE Broadband Directional Antenna can be used for both outdoor and indoor use.

This antenna can be used with many 4G Routers such as, but not limited to:

This antenna comes with Rugged N Female connectors on the base. This is advantageous as it allows the customer to use any of our Ultra Low Loss LMR cable assemblies, to ensure loss is kept at a minimum. Many competing antennas come with a pre installed, high loss cable that cannot be removed.

Ultra Strong Aluminium brackets are included to allow the antenna to be mounted to a pole. Window mounting solutions are also available upon request. The antenna can be mounted on a window, wall or pole.

Talk to the Experts

Can't find an item on our website? Need help selecting the right products? Our sales team are ready to assist you, get in touch with us today and we'll help you find what you're looking for!